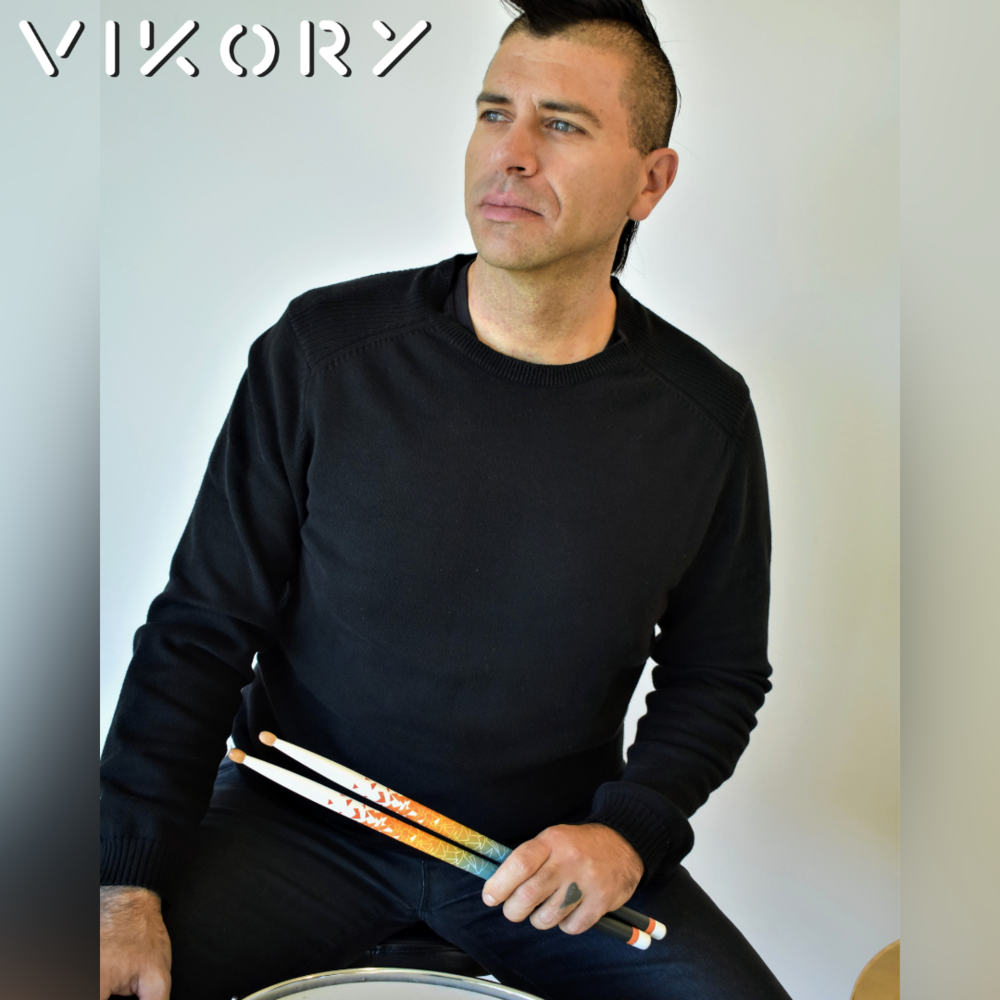 Favorite Sticks: Ananda in 7A

I started playing my first real drum set at the age of 9, although I vaguely remember building a bucket and barrel drumset in the backyard before that.

I don't know if I can really say why I wanted to play the drums. Since I can remember I have always noticed the rhythm and the beat in music.

Growing up going to church I was always watching the drummer. I just knew that was what I wanted to do.

I don't have a favorite type of music to play or listen to. What I am drawn to in music is the emotion and feeling that the song is conveying.

When I think about the songs that I really enjoy playing what comes to me is the emotion and the way the song makes me feel.

Then I make it my goal to pass on that feeling to the audience.

I have always been a fan of Massive Attack. Again I think a lot of it has to do with the emotion and feel they put into there music.

Also, It seems like they are very deliberate about each and every sound used in the song. Like if the snare sound had been different in a particular song, it wouldn't have been the same song.

I first heard about Vikory with the Kickstarter campaign. I was initially excited about the look of the drum sticks and couldn't wait to try them out.

After receiving the initial order I was hooked. They are the best looking drumsticks I have ever used.

I use them every day and they have proven their durability, they are really well balanced and give me the response and feedback I expect from my drumsticks.

I believe it was somewhere in California, we were playing at an event with around 2000 people in attendance. I had been really sick for a few days before.

We flew in the morning we were playing and during the afternoon we had our soundcheck and a quick rehearsal. This went fine, I was getting by on cold medicine and cough candy.

After soundcheck, I went back to the room and had a nap. Later that evening I remember arriving back at the venue to get ready for the night and I was feeling awful.

Near the middle of our set, we had a pretty slow song and I actually fell asleep while playing. It was momentary and I didn't miss a beat.

It was like that feeling when you are watching a movie and trying so hard to stay awake. Thankfully we practiced a lot and I was able to rely on muscle memory to get through.

Visually my favorite is Ananda. I play 7A mainly, I use Ananda as my 7A sticks and
Kukulkan as my 5B sticks.

With the Ananda, I feel like the color scheme really fits me. The balance between the two Ice and Fire, Cold and Hot, however, you want to visualize it.

It reminds me to stay calm, breathe, be balanced.

Thanks, Jeremy and welcome to the Vikory family!