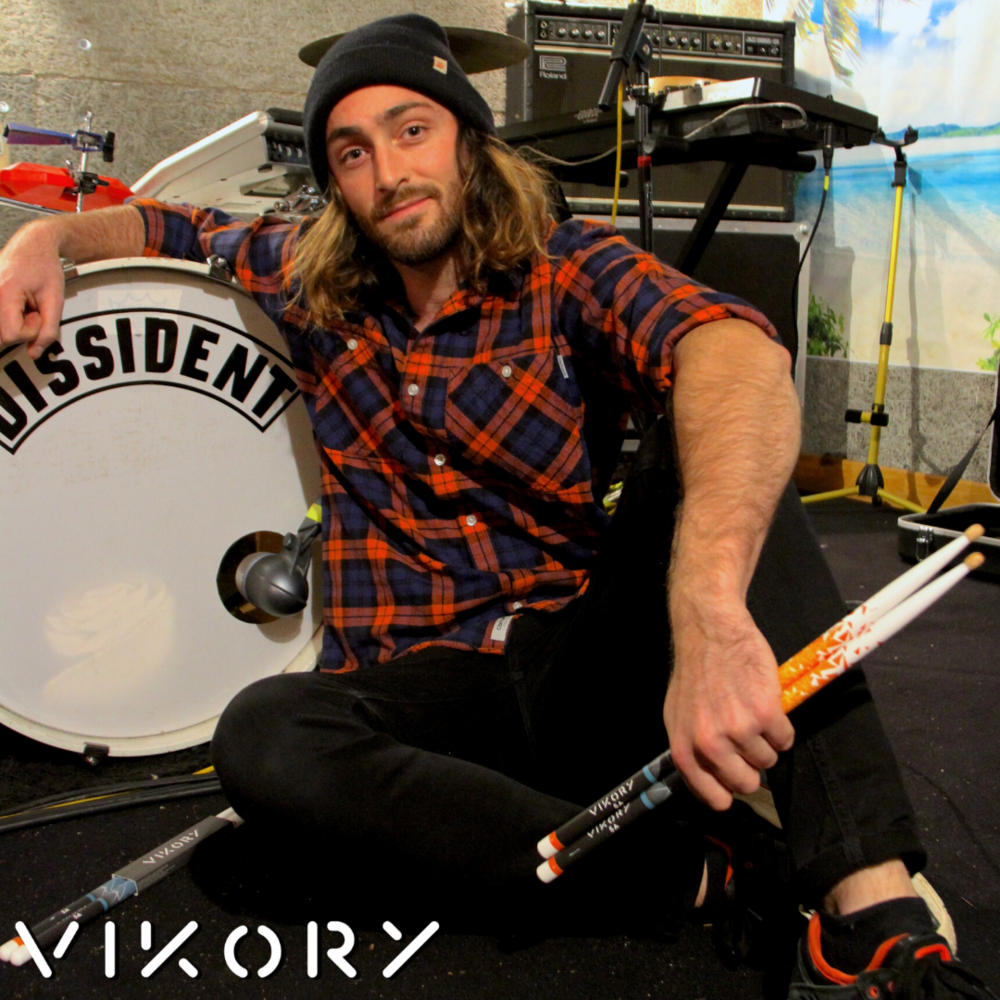 Favorite Sticks: Ananda in 5A

I started at the age of 4 for no particular reason. My parents aren’t musicians and there was no drummer in my surroundings.

From what I’ve heard, I started very early to hit everything everywhere with rhythm. I would build “drums” out of pans I would find in the kitchen.

Eventually, my parents put me in music school to learn how to play the drums, and I will never thank them enough for doing so!

I love to play samples that could be from electronic music but on an acoustic drum set! It requires a lot of accuracy in the groove and a lot of precision in every hit.

I work a lot with a click to achieve that! Also, I would love to play some reggae but the other guys from the band don’t want to (laugh).

I love their universe. They get inspirations from everywhere, visually as much as musically speaking.

My story with Vikory is a bit special. I met Clément (founder of Vikory) a few years ago during an interview for Dissident.

We kept in touch since then, and when I learned about Vikory I fell for it immediately!

Creating your own drumsticks brand when the market is owned by 3 American giants feels a bit like David against Goliath in my opinion. I really admire that!

I remember a gig we had in a big venue called “l’Aéronef” in Lille, France. We were opening for the band Two Door Cinema Club as we were touring with them.

We had quite a party the night before and, as we were doing the sound checks for the drums, I ran to the toilets to throw up.

When I got back, the manager of the venue had put a plastic bowl next to the drum set.

The Ananda in 5A. It is subjective but this is the graphic design I prefer.

Thanks, Sebastien and welcome to the Vikory family!